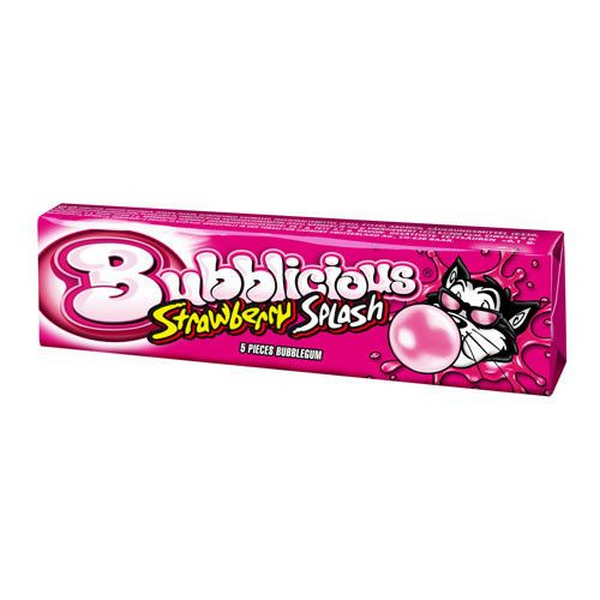 Bubblicious is a brand of bubble gum originally produced by the American Chicle Division of Warner-Lambert. It was launched in 1977, in response to the tremendous sales of Bubble Yum, the first soft bubble gum.

The brand struggled upon introduction, but sales took off with the advent, in 1978, of the “Ultimate Bubble” advertising campaign. Bubblicious was later expanded internationally.

There have been 28 flavors of Bubblicious, 10 of which have been discontinued. Bubblicious is available in original format and Bubblicious Bursts/Splash with a liquid-filled center.

Bubblicious holds the Guinness World Records for the most bubble gum bubbles blown at one time. Hundreds of Little League players and fans joined Major League Baseball Hall of Famer Ozzie Smith to set the world record with over 100 fans and 300 pieces of Bubbalicious bubblegum.

This Strawberry gum has the sweet, fruity goodness of strawberries, its easy to blow bubbles and bursts with a liquid-filled center. 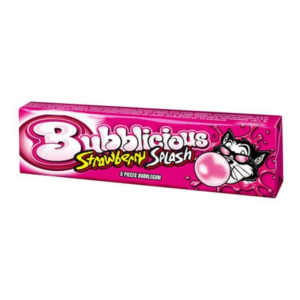