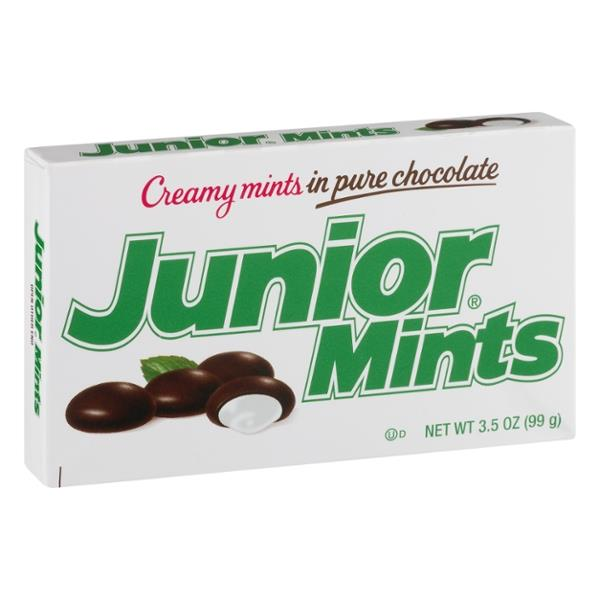 Junior Mints are a candy brand consisting of small rounds of mint filling inside a dark chocolate coating, with a dimple on one side. The mints are produced by Tootsie Roll Industries.

Named after a popular Broadway show of the time, Junior Miss, the pure chocolate-covered candy has been both a movie theater and at-home entertainment favorite. It even played an integral role in a classic Seinfeld episode storyline (a Junior Mint was dropped into the abdominal cavity of a surgery patient who later miraculously recovered). 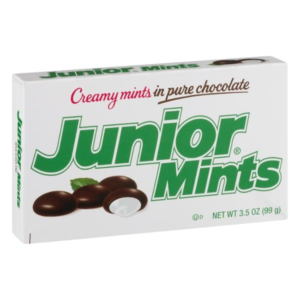